The Living Dharma Center of Northampton

About The Living Dharma Center 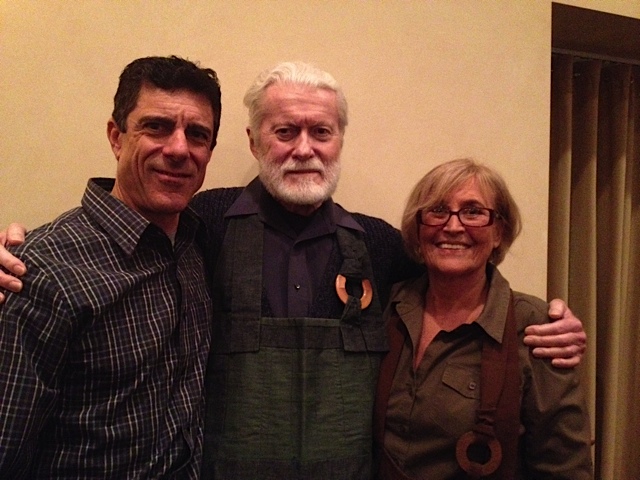 The Living Dharma Center is a community of women and men from many backgrounds who are united in their commitment to discerning and practicing the Way of Zen, i.e., the path of awakening from illusion and realizing in all aspects of life one’s identity with what may provisionally be called ”Fundamental Reality.”

The Living Dharma Center was originally founded in 1972 by Richard B. Clarke in Sharon Springs, NY as an auxiliary of the Rochester Zen Center. The Living Dharma Center became independent of RZC, subsequently coming to Massachusetts and Connecticut in 1981. Upon Roshi Clarke’s death in 2013, his successors, Paul Gerstein and Norma Salter, inherited teaching leadership for the group — continuing until the present and primarily based in our zendo in Northampton, Massachusetts.

Richard Clarke began in 1968 a thirteen year period of formal Zen training, including the traditional koan system, in the Harada-Yasutani-Kapleau lineage, in which he received Transmission (validation of Awakening to Fundamental Reality). This lineage combines both Soto and Rinzai teachings. From his Zen practice as the root, and his extensive explorations and training in other spiritual and psychological areas, Richard evolved a teaching that preserves the essence of the ancient tradition of Zen, while developing and translating this into forms appropriate to our time and culture.

Paul Gerstein integrates this tradition with his unique approach deriving from 30 years as a medical doctor, specializing in emergency medicine, coupled with a long history of Zen practice. Paul began his Zen training in 1970, initially with Roshi Philip Kapleau at the Rochester Zen Center. In 1973, he spent a year living and training intensively in the monastic setting at Mt. Baldy Zen Center under Joshi Sasaki Roshi. Paul continued with Sasaki Roshi for several years, eventually meeting Richard Clarke in 1983, becoming his student and working closely with him until Richard’s passing. On December 8, 2010, Richard conferred upon Paul full Dharma transmission.